As part of the #CliftCares green initiative, 10 honeybee hives were installed on the roof along with a cocktail herb garden among many eco-friendly aspects

Igloos, Cider Lodges and Roller Discos. Make the most of the festive season in London.

In 2015, Clift San Francisco was awarded the Good Earthkeeping Award by California Hotel & Lodging Association along with being Trip Advisor Green Leaders Bronze Level Certified. To continue striving towards being a more eco-friendly hotel, Clift also in 2015 installed 10 hives with 10,000 honeybees inside each on the roof of the hotel. Each hive contains one queen (which lays about 1,500 eggs a day during spring build-up and can live five years or more), female worker bees (which collect pollen and nectar in their last stage of their lifetime of thirty days or so by communicating to one another where the food source is to be found through a behavior known as the waggle dance), and drones or male bees (which are expelled from colonies late fall and won’t reappear until early spring for its sole purpose of mating with a virgin queen). Each hive can grow up to 70,000 bees and can produce up to 60 pounds of honey.

Clift was one of the first hotels in San Francisco to spearhead utilizing roofspace to host bee sanctuaries and General Manager, Michael Pace, has taken it upon himself to spread the gospel and enlist other hotels to follow suit as part of a Hotel Council city wide initiative in his role as the Chairman of the Sustainability Council. Currently, there are a total of 7 hotels in San Francisco with rooftop bees. One might think that a city is not the most hospitable environment but Roger Garrison, who tends to the bees at Clift, says otherwise:

"Cities are a good place to be for a bee. Cities don’t produce crops so you think bees can't survive in a city but that’s incorrect. There are plenty of foraging opportunities. There are trees and flowers everywhere. When you walk down a city street, you don’t necessarily see what’s behind it. I can take you to places that have their own gardens and they’re beautiful! If one bee finds a spot, it goes back to the hive and does its dance, and the other bees will go to that spot because guess what? They’ve found that source. There are a lot of cities which have bees on the rooftop and they do very well! If Clift didn’t say they have beehives, people wouldn’t know they had them on the roof. You will walk down the city streets and see bees looking around for stuff and say, 'Gosh that’s really neat,' but you have no idea where they’re coming from. A couple of times I’ve walked away from Clift after inspecting the hives, and I’ll see a bee and it’ll bring a smile to my face because I know they're looking and doing their work." 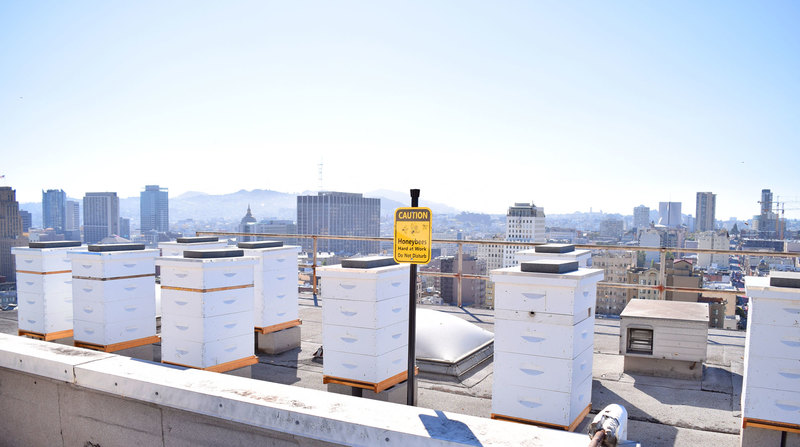 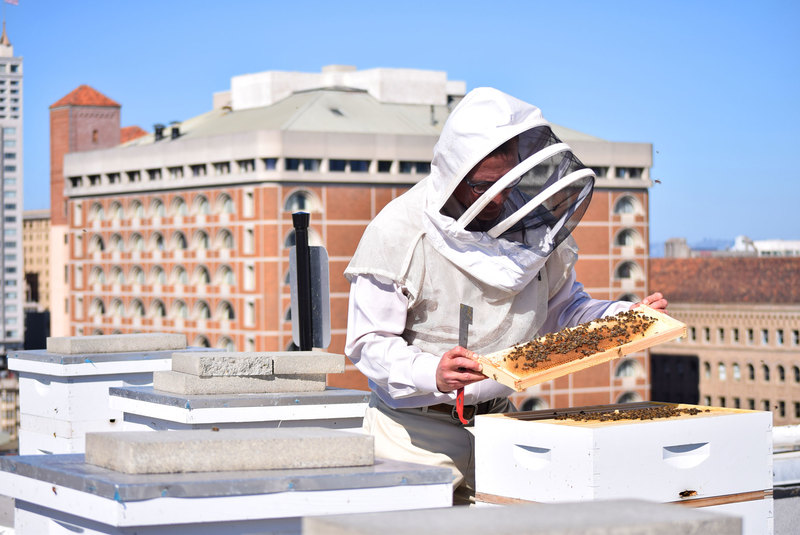 Garrison also spoke about the decline in honeybee population: 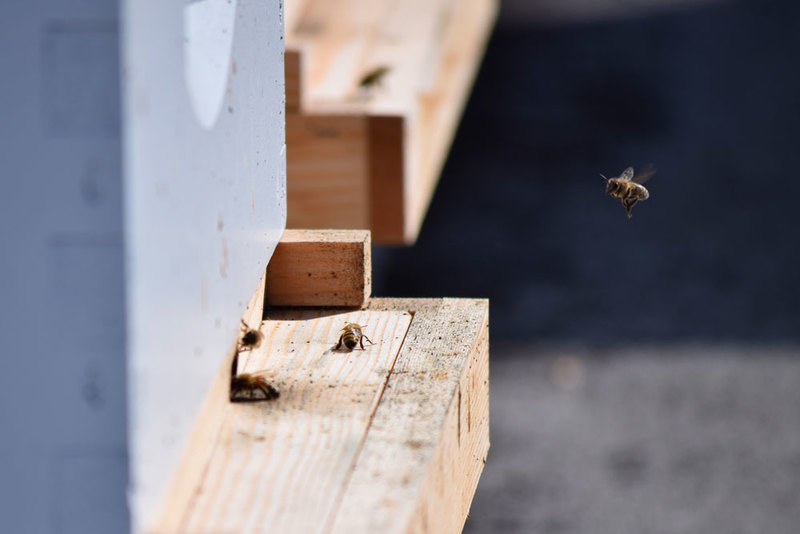 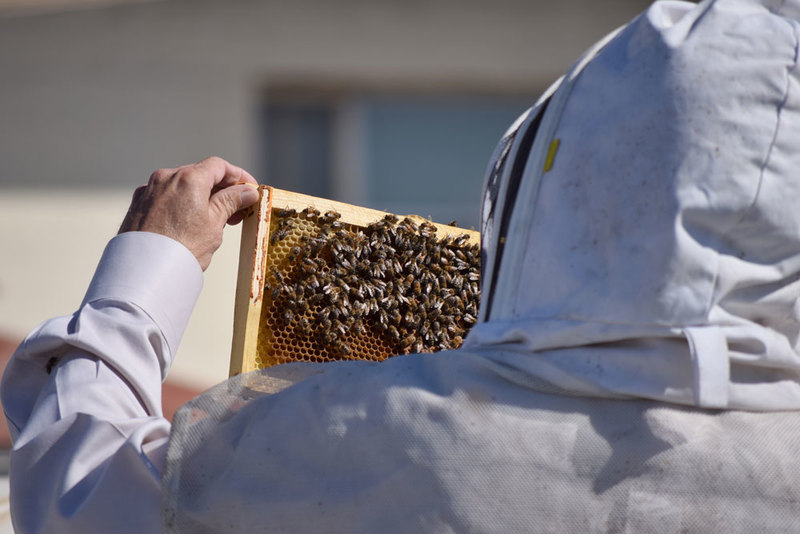 Garrison also provided a couple of facts about honeybees:
1) Honeybees must tap two million flowers to make one pound of honey
2) A hive of bees will travel over 55,000 miles to make this happen
3) One ounce of honey could fuel a single bee’s flight around the world 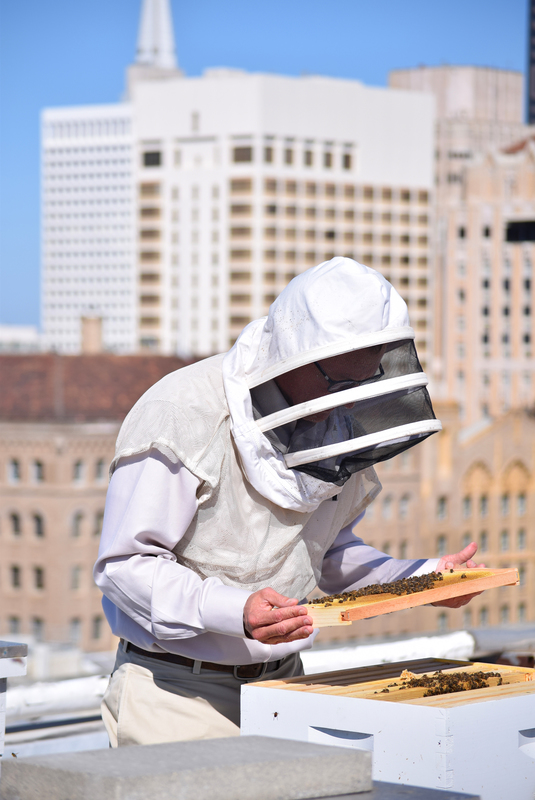 In addition to the bees on our roof, we've planted a cocktail herb garden filled with basil, oregano, rosemary, spearmint, chives, lemongrass, lemon & lime trees, and more. These herbs will be used in our menu and in Redwood Room for specialty infused liquors. We currently have two cocktails on our new Spring Redwood Room menu which uses the honey and herbs: 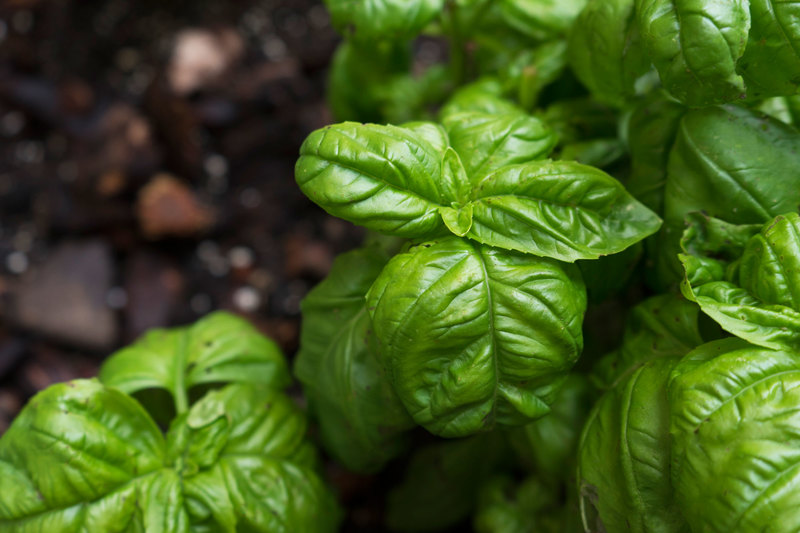 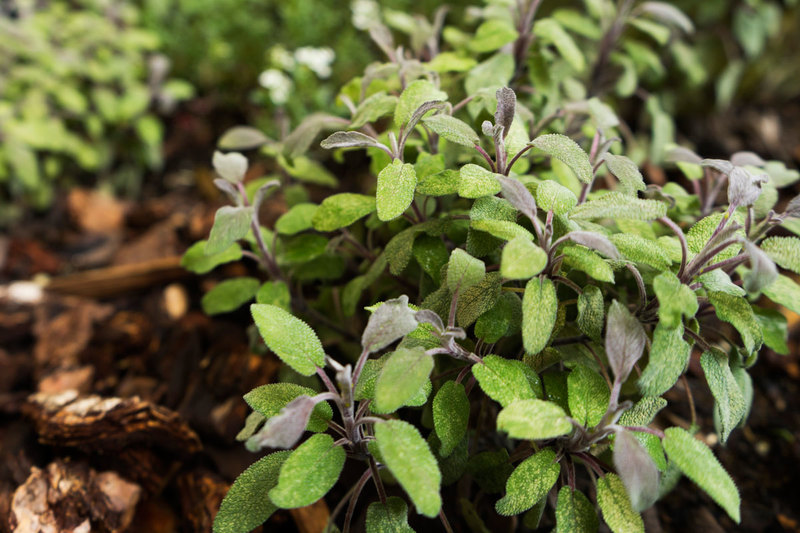 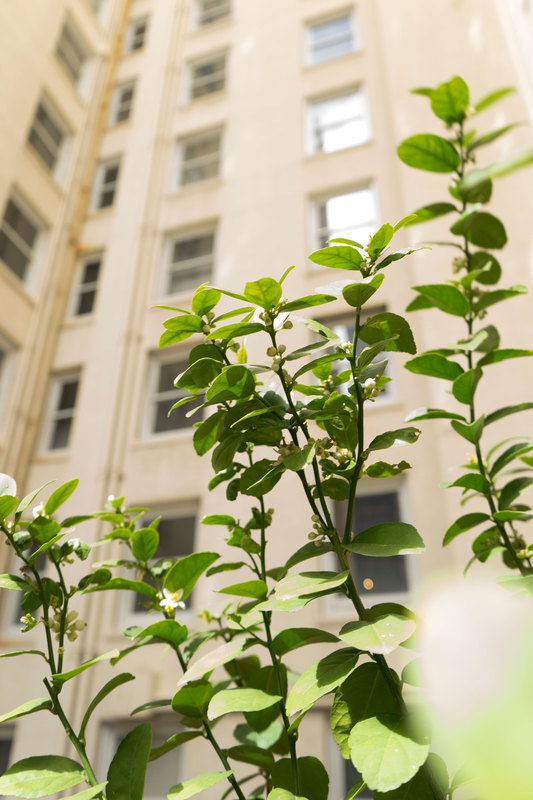